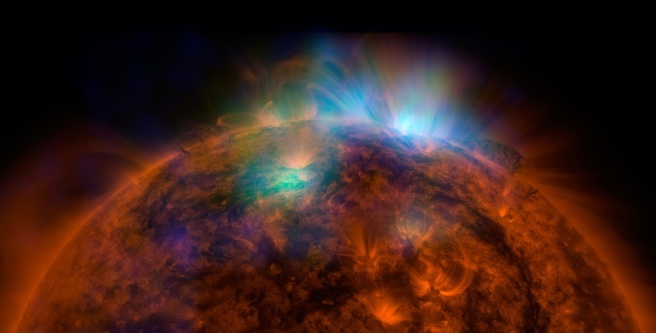 NASA’s Nuclear Spectroscopic Telescope Array, or NuSTAR, normally spends time probing black holes, supernova remnants, and other extreme objects in the far reaches of space. Recently we pointed it at our own sun and it has produced the most sensitive solar portrait ever taken in high-energy X-rays. —Astronomy.com

In February Deep Space Climate Observatory, or DSCOVR, began a million-mile journey that will bring it to a place where the gravitational forces between the sun and Earth are balanced so it can do science! —KQED News

Did you know that Pluto, including its atmosphere, is technically bigger than Earth? Why is that the case, and why aren’t we demanding for Pluto to be called a planet again?!? — New Horizons Website