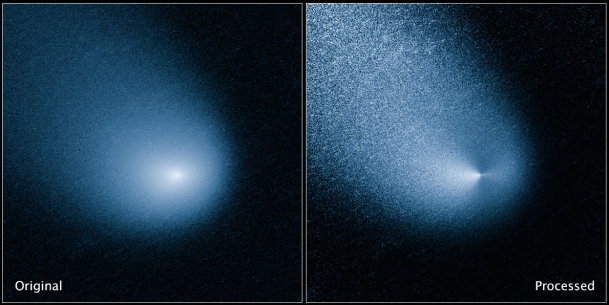 The Curiosity Rover on Mars got a few pictures of the Comet Siding Spring flyby of Mars that happened in October 2014. — Universe Today

Speaking of the Comet Siding Spring; the flyby of Mars caused a huge meteor shower and dumped a few thousand kilograms of comet dust on the red planet. Pretty cool huh? — NBC News

Space probes have been recording electromagnetic waves in Space for decades. They pulsate on the same frequency as what we hear as sound waves, so NASA took it upon themselves to translate it all to sound we can hear. It’s exactly what you would expect to hear; a combination between shrill horror movie thematic and the best sci-fi music you can imagine. This seven minute video is worth your time and then some! — The Daily Epic